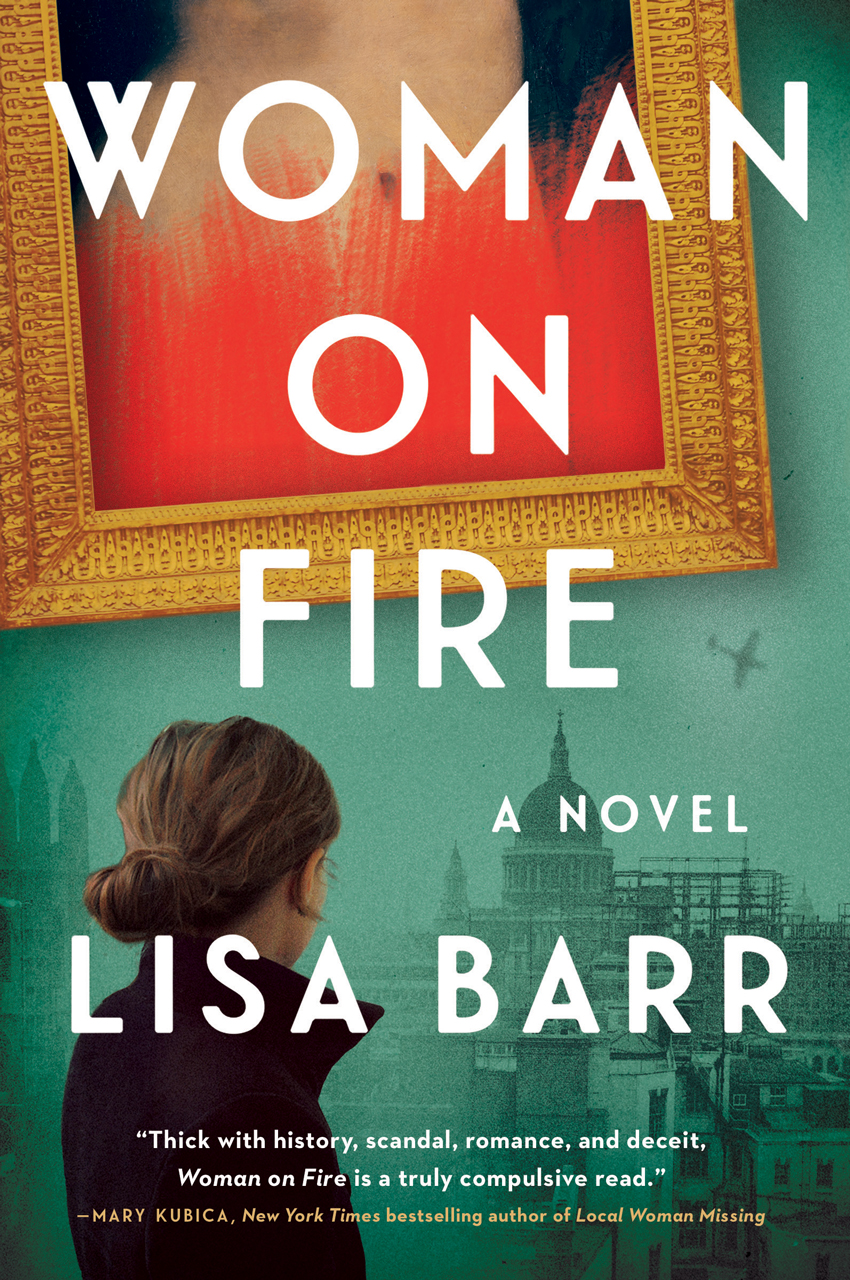 From the author of the award-winning FUGITIVE COLORS and THE UNBREAKABLES, WOMAN ON FIRE is a gripping tale of a young, ambitious journalist embroiled in an international art scandal centered around a Nazi-looted masterpiece—forcing the ultimate showdown between passion and possession, lovers and liars, history and truth. read more…

About WOMAN ON FIRE

“An exuberant and propulsive thriller laced with sex, art, and history. Lisa Barr has created an unforgettable story that forces readers to question where the line should be drawn between the pursuit of justice and the hunt for revenge.”—Alyson Richman, international bestselling author of The Secret of Clouds

From the author of the award-winning FUGITIVE COLORS and THE UNBREAKABLES,  WOMAN ON FIRE is a gripping tale of a young, ambitious journalist embroiled in an international art scandal centered around a Nazi-looted masterpiece—forcing the ultimate showdown between passion and possession, lovers and liars, history and truth.

After talking her way into a job with Dan Mansfield, the leading investigative reporter in Chicago, rising young journalist Jules Roth is given an unusual—and very secret—assignment. Dan needs her to locate a painting stolen by the Nazis more than 75 years earlier: legendary Expressionist artist Ernst Engel’s most famous work, Woman on Fire. World-renowned shoe designer Ellis Baum wants this portrait of a beautiful, mysterious woman for deeply personal reasons, and has enlisted Dan’s help to find it. But Jules doesn’t have much time; the famous designer is dying.

Meanwhile, in Europe, provocative and powerful Margaux de Laurent also searches for the painting. Heir to her art collector family’s millions, Margaux is a cunning gallerist who gets everything she wants. The only thing standing in her way is Jules. Yet the passionate and determined Jules has unexpected resources of her own, including Adam Baum, Ellis’s grandson. A recovering addict and brilliant artist in his own right, Adam was once in Margaux’s clutches. He knows how ruthless she is, and he’ll do anything to help Jules locate the painting before Margaux gets to it first.

A thrilling tale of secrets, love, and sacrifice that illuminates the destructive cruelty of war and greed and the triumphant power of beauty and love, Woman on Fire tells the story of a remarkable woman and an exquisite work of art that burns bright, moving through hands, hearts, and history.

You've seen me post and 'story' about this book over the last week and I'm happy to report that I'm both finished and totally impressed. Woman on Fire (out March, 2022, thank you @harpercollins for this #gifted review copy) is EVERYTHING I look for in a thriller and all around great read.

As you all know, I'm VERY picky with thrillers, but I will always reach for one that centers around art. Here we have art, history, international intrigue, strong female leads, family and love relationships PLUS, an edge of your seat nail biting ending.

I was so excited to receive this early copy and once I started it, I knew I was in the hands of a gifted author. Barr's former life as a journalist adds a depth to this story of two women in search of the same painting, stolen by the Nazi's 75 years prior. One woman's intention is to right a wrong for an elderly client and the other woman is a devious art collector and gallerist; it's the classic good vs. evil. The way Barr pins these two women against one another is so well done and we travel from NYC, back in time to Paris, Munich, Berlin, Amsterdam -- the adventure is absolutely fantastic.

I grew up in metropolitan Boston and frequented The Isabella Stewart Gardner Museum, home to one of (if not the) most notorious art heists in history. Since that day in 1990, I've been fascinated with thrillers that have art as backdrop and Barr doesn't spare that part of the story. We are treated to museums, forgeries, auctions and the high stakes world that is art collecting. I just ate it up.

I know many of you have loved Barr's other novels and I see why! She expertly crafts suspense and she's also one of the nicest authors I've encountered. Stay tuned for an interview with her coming up later in October!

This was a 5 star read for me and my only regret is that it's over! So, my last book of September was a huge win. SOLD!

."
Deb Coco, Lonestarwords
"Thick with history, scandal, romance and deceit, WOMAN ON FIRE is a truly compulsive read."
Mary Kubica, New York Times bestselling author of LOCAL WOMAN MISSING
" An exuberant and propulsive thriller laced with sex, art, and history ... a story that forces readers to question where the line should be drawn between the pursuit of justice and the hunt for revenge."
Alyson Richman, international bestselling author of THE SECRET OF CLOUDS
"Barr’s riveting dive into the dark side of the international art world, led by an intrepid young journalist, had me on the edge of my seat."
Fiona Davis, New York Times bestselling author of THE LIONS OF FIFTH AVENUE
" Addictively propulsive and laced with rapid-fire twists and turns, this sizzling tale of deception, lust, Nazi-looted art, and murder crackles with tension and comes vividly, strikingly alive in Lisa Barr's skilled hands."
Kristin Harmel, New York Times bestselling author of THE FOREST OF VANISHING STARS
" Barr’s vigorous prose complements her fully realized characters. Readers will be gripped from start to finish.” — Publishers Weekly/Starred Review.."
Publishers Weekly/Starred Review
Previous
Next